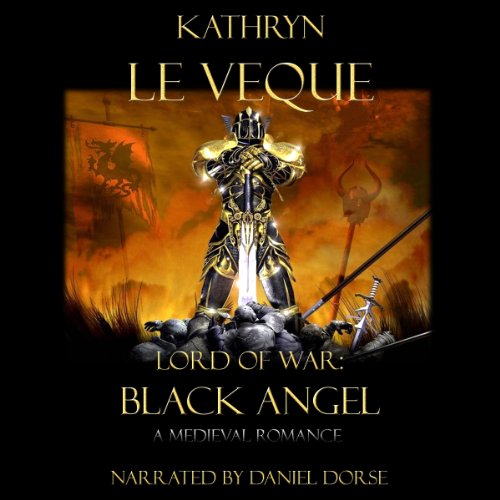 1356 A.D. - It is warring times for England as the Black Prince sweeps his way through France, waging nasty warfare on the population. Masterminding this brutal strategy is the knight they call the Black Angel. Brandt de Russe, Duke of Exeter, is the brains behind the prince's war machine, a mountai...

1356 A.D. – It is warring times for England as the Black Prince sweeps his way through France, waging nasty warfare on the population. Masterminding this brutal strategy is the knight they call the Black Angel. Brandt de Russe, Duke of Exeter, is the brains behind the prince’s war machine, a mountain of a man who is as cunning as he is frightening. In battle, no man is his equal.

The Lady Ellowyn de Nerra, granddaughter of the great mercenary Braxton de Nerra, has been sent to London by her crippled father to collect the men he has donated to the Black Prince’s wars in France. De Nerra men are mingled with the Duke of Exeter’s men and Ellowyn is at the dock when the duke disembarks his ships. In her attempt to introduce herself to Brandt and explain her purpose, the duke has little time for the beautiful young woman and mistakes her for a whore. Grossly insulted, Ellowyn threatens the man that all sane men fear.

And so begins the fiery, passionate, and deep love story that transcends families, kings, and two continents, building to the Battle of Poitiers where Brandt is on the front lines. In battle, no man is his equal but even the most powerful of men are prisoners of their own hearts.