Valley of the Shadow: Book 1 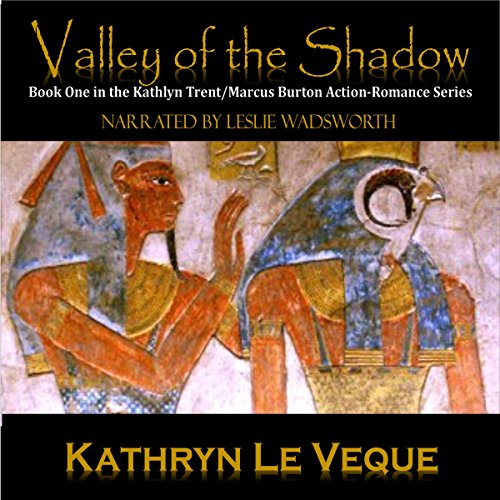 Get ready for action-packed romance with archaeologist Dr. Kathlyn Trent and her husband, Egyptologist Marcus Burton. In the first book of the series, meet Dr. Kathlyn Trent. A cross between Indiana Jones and The Crocodile Hunter, Dr. Trent has made a name for herself as a Media Archaeologist. Beaut...

Get ready for action-packed romance with archaeologist Dr. Kathlyn Trent and her husband, Egyptologist Marcus Burton. In the first book of the series, meet Dr. Kathlyn Trent. A cross between Indiana Jones and The Crocodile Hunter, Dr. Trent has made a name for herself as a Media Archaeologist. Beautiful, intelligent and educated, she is one of the most famous faces in the world. Her television specials bring millions of viewers as she tackles subjects that most credible archaeologists won’t touch. But beneath the flash and hype, she has a true gift. A “sixth sense”, this gift has helped her locate mystical and wonderful things all over the world. Whether or not people believe in her gift, her results speak for themselves.

Because of her ability to find the unfindable, Dr. Trent is called in to assist the floundering dig of one of the world’s top Egyptologists, Dr. Marcus Burton. Dr. Burton has a highly publicized dig in the Valley of the Kings, and Kathlyn is met with animosity the moment she sets foot on his dig. Tall, dark, and ruggedly gorgeous, he has no desire to attract the attention she brings. But the excitement they come to share as they explore long-lost pharaoh’s tomb destroys the animosity in favor of an emotional bond that cannot be broken. Elements of intrigue endanger their lives and create chaos amidst their blooming romance, and the situation soon explodes in a running gun battle amongst the ruins of ancient Egyptian temples. It takes all of Kathlyn and Marcus’ strength to keep each other alive.